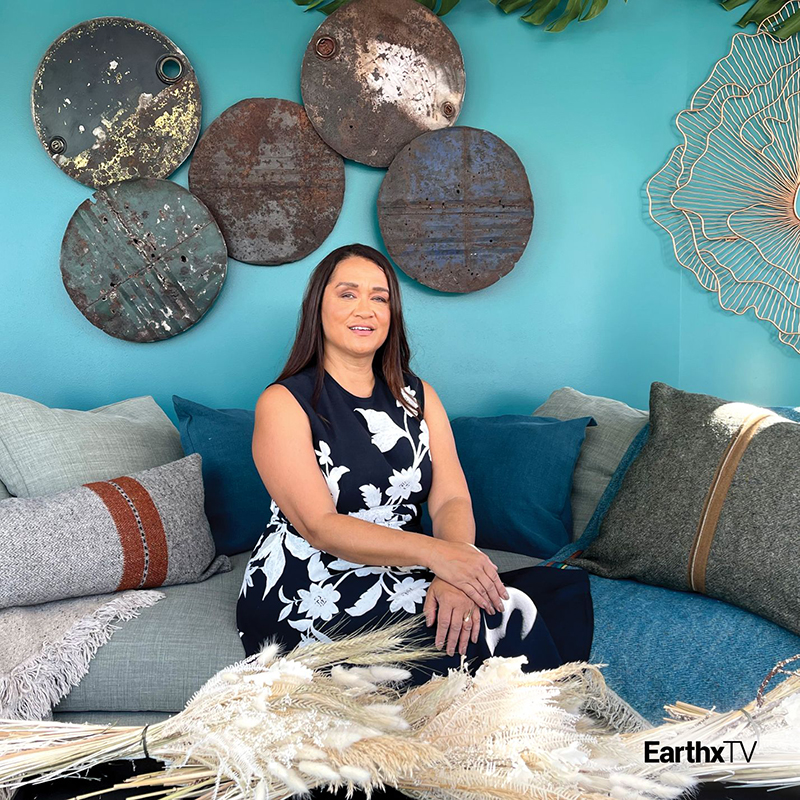 In the eight-episode series, creator, executive producer and host Laurence Carr spotlights companies and organizations in the home furnishings and related sectors that are committed to improving their environmental impact and creating a more sustainable future.

For the second season’s premiere episode, Carr was filmed onsite at last year’s Fall Market where she participated in an immersive activation called “Sustainability Stories at Center Stage,” organized by the High Point Market Authority (HPMA). Drawing on her expertise in circularity as a New York-based interior designer, Carr staged one of three vignettes showcasing innovations in sustainable furnishings from Currey & Company and Phillips Collection, along with paint from Farrow & Ball, and materials like Repreve, which is made from 100 percent recycled ocean-bound plastic.

“Laurence Carr’s EarthxTV series makes a powerful case for sustainable interior design and how product selection can add up to positive change,” says Ashley Grigg, HPMA Director of Marketing and Communications. “We’re excited that High Point Market and many of our leading exhibitors in sustainable home furnishings are recognized in the show.”

"I was thrilled to include High Point Market in Chez Laurence,” says Carr. “It’s a trusted and valued resource for interior designers seeking out sustainable products, new materials, inspiration, and education."

The role of High Point Market, its exhibitors and SFC founding member Susan Inglis extends into future episodes, which are scheduled for release on EarthxTV each Saturday at 12:30 p.m. (ET) and then available on-demand, throughout the new season.