“We have never shied away from trying something new, pushing the boundaries. We are always innovating, finding inspiration in weaving traditions from across the globe, but always giving the designs the Zollanvari twist,” says Reza Zollanvari.

The inspiration for this latest collection is an ingenious fusion of traditional Gabbeh iconography and Glitch art – a visual style characterized by using digital or analog errors for aesthetic purposes, whether that be intentional (that is, “faking glitch” and obtaining a similar aesthetic through design) or by accident (a true manifestation inside of the system without human intervention). 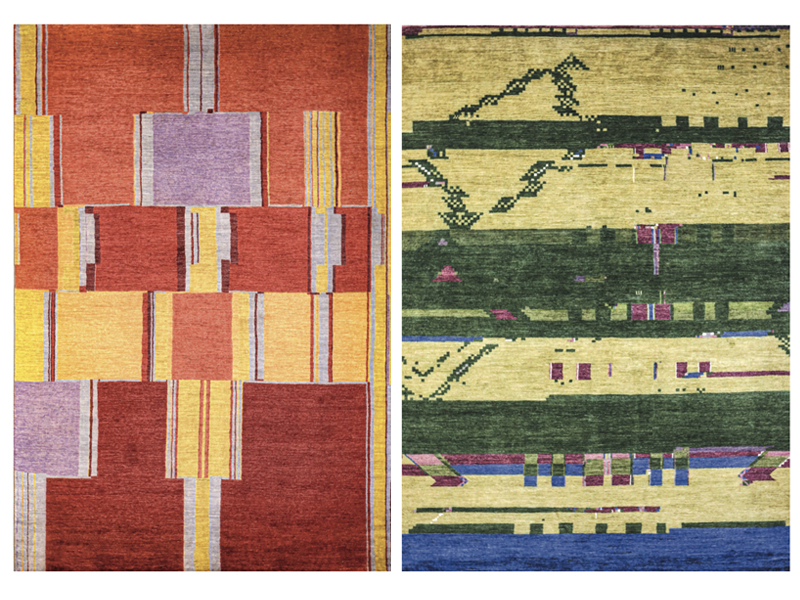 “There’s a controlled imperfection to [glitch art], and it’s a reminder of the technical elements of design. It visualizes technology as having a combination of textures and patterns but without perfection,” says Terrence Morash, ex-creative director of Shutterstock

The term ‘glitch’ itself originates with engineers and astronauts explaining faults within the technology they were working with. But the visual aesthetic can be traced much further back, to the beginning of the 20th century through distorted forms in cubist paintings, abstract short films, and pixel-like rug designs akin to 8-bit video game landscapes. In fact, many antique rugs feature abstract, distorted patterns that seem to predict the glitch movement of later centuries. This new collection is set to launch a new Gabbeh. Glitch Gabbehs revolution...

According to Zollanvari, Glitch art as a movement has infiltrated mainstream media in a way somewhat like punk music and culture, yet contrarily it has challenged the very same ostensibly ‘untouchable’ media, trends, and even pop culture. Mysterious by nature, this ‘technocentric aesthetic’ has encompassed design globally. In branding in particular – being both futuristic and retro, rebellious, political, and yet elegant and subtle in its rakishness – it has been used to fuse nostalgia, heritage, and tradition with innovation, transparency, and futurism.