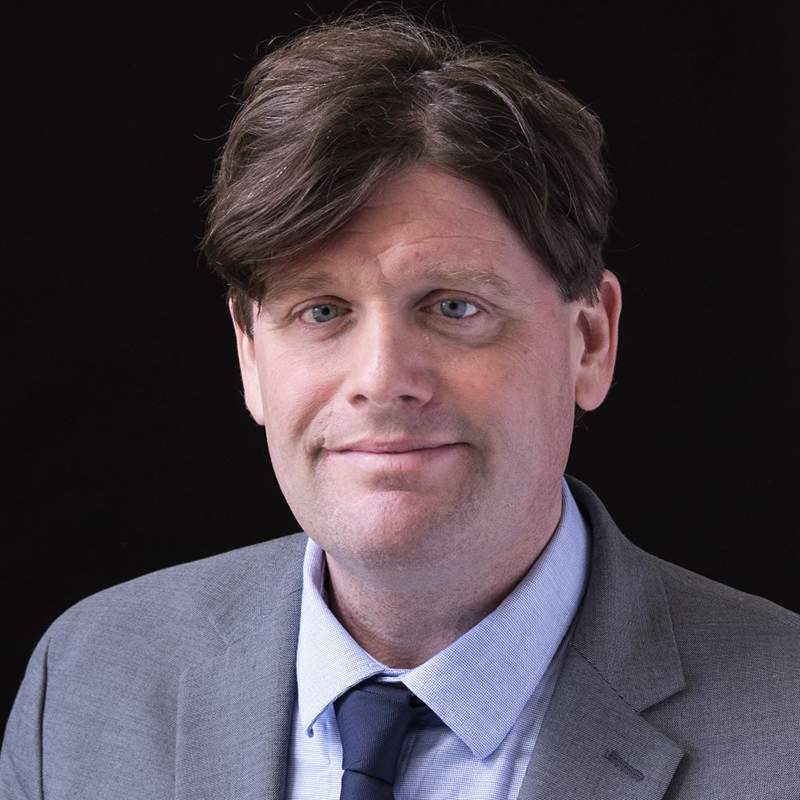 Skinner Auctioneers announced the appointment of Benjamin Mini as the Director of the company's Rugs & Carpets department. Mini will also serve as the Regional Director of the auction house for Maine and Northern New England.

Mini brings over two decades of experience buying and selling rugs, textiles, and other antiques. During his years as an active collector, Mini cultivated vital relationships within the field, and through those connections, his trading in the marketplace, and close study of the material, has developed a particular interest in woven textiles from the Near East and North Africa, including Anatolia, Persia, the Caucuses and the Maghreb. 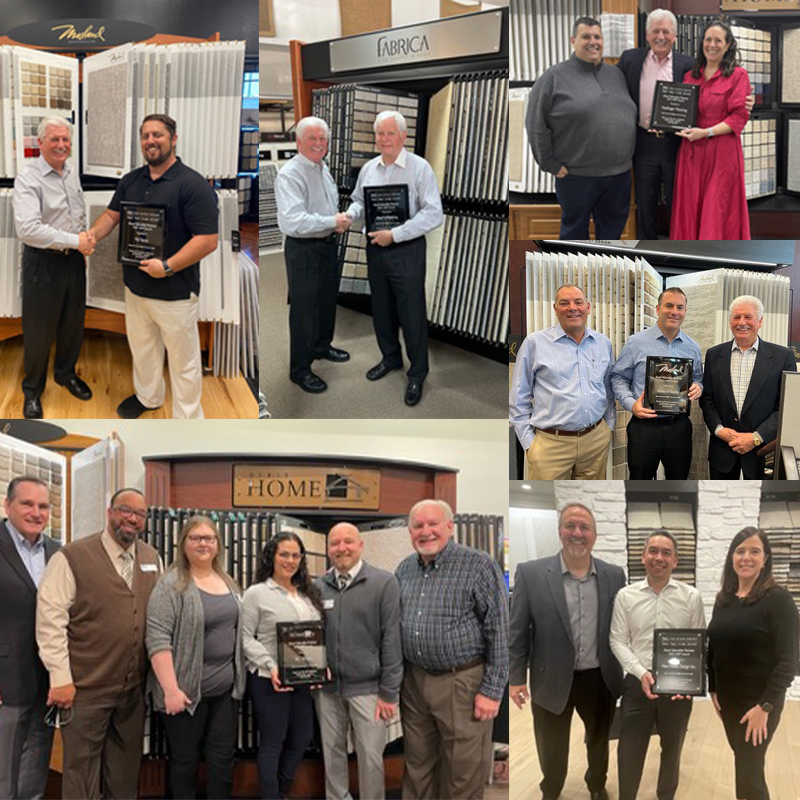 The Dixie Group (TDG) recognized the 2021 Most Valuable Partners (MVP) by presenting awards to the top volume and top growth partners for each of TDG’s four core brands along with each region overall. Also presented were awards to several Buying Group partners for a combination of outstanding growth and volume. These partners represent the best of the best for 2021 and The Dixie Group proudly celebrates the successes with its extended TDG family. 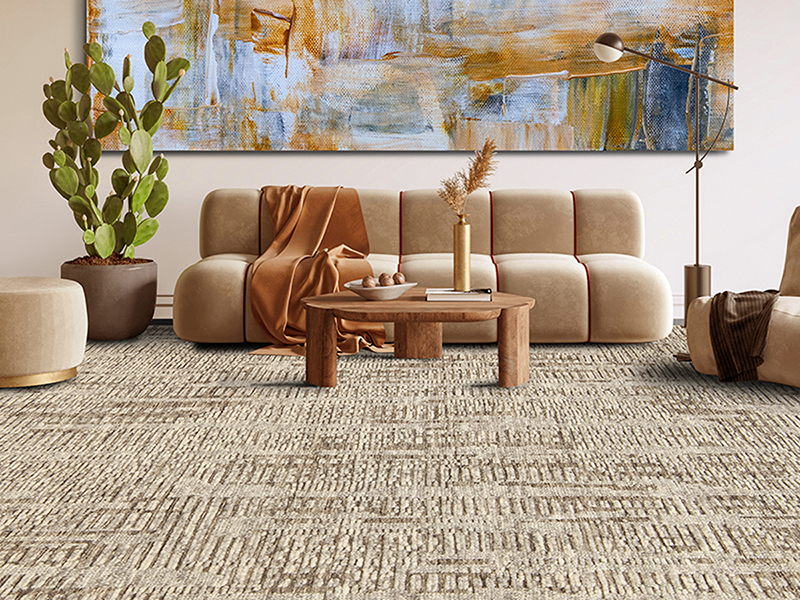 This Spring SAMAD will be showing a variety of striking new designs and colorways from its bestselling Nordic Collection. Nordic Rugs are inspired by the landscapes of the Fjords and embody the age-old concept of sophistication through simplicity. Hand-knotted with New Zealand wool, the Natural Ivory and Natural Black colorways use 100% un-dyed yarn that provides an innately organic quality. 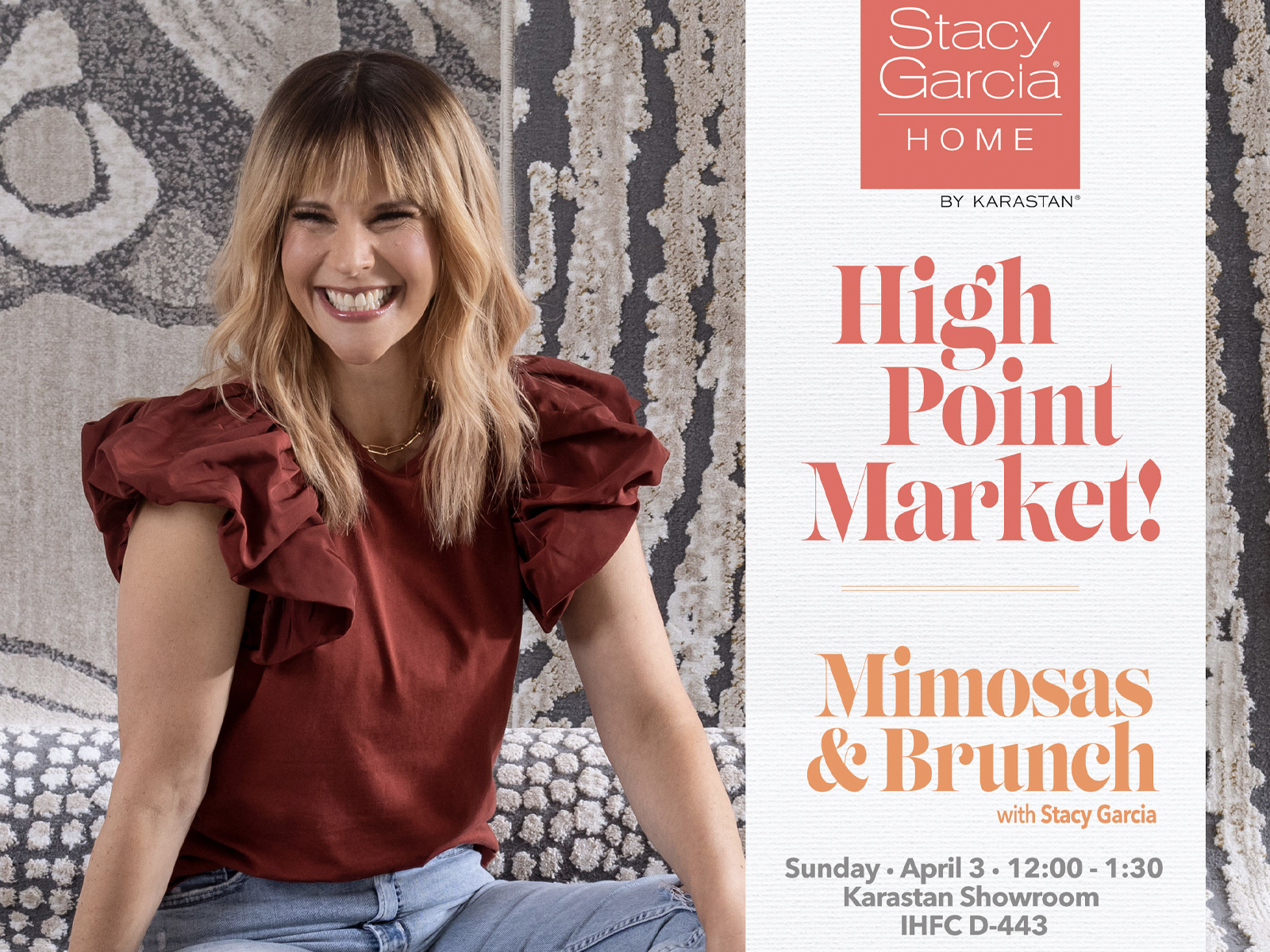 Karastan Rugs is making a grand debut of their new, expansive showroom with two VIP events hosted by notable designer Stacy Garcia. During these events, attendees will receive insights into Stacy’s design process and finding the perfect partnership.

“As we return to High Point Market, we are excited to bring more than a beautiful showroom with fashion-forward rugs, this year we are bringing interactive events with sought-after leaders in design,” said Michael Riley, senior vice president of sales and product, Karastan Rugs. “Stacy Garcia is a world-renowned pattern and product designer. And at our Karastan Rugs brunch, attendees will gain an exclusive look about the inspiration behind her designs.” 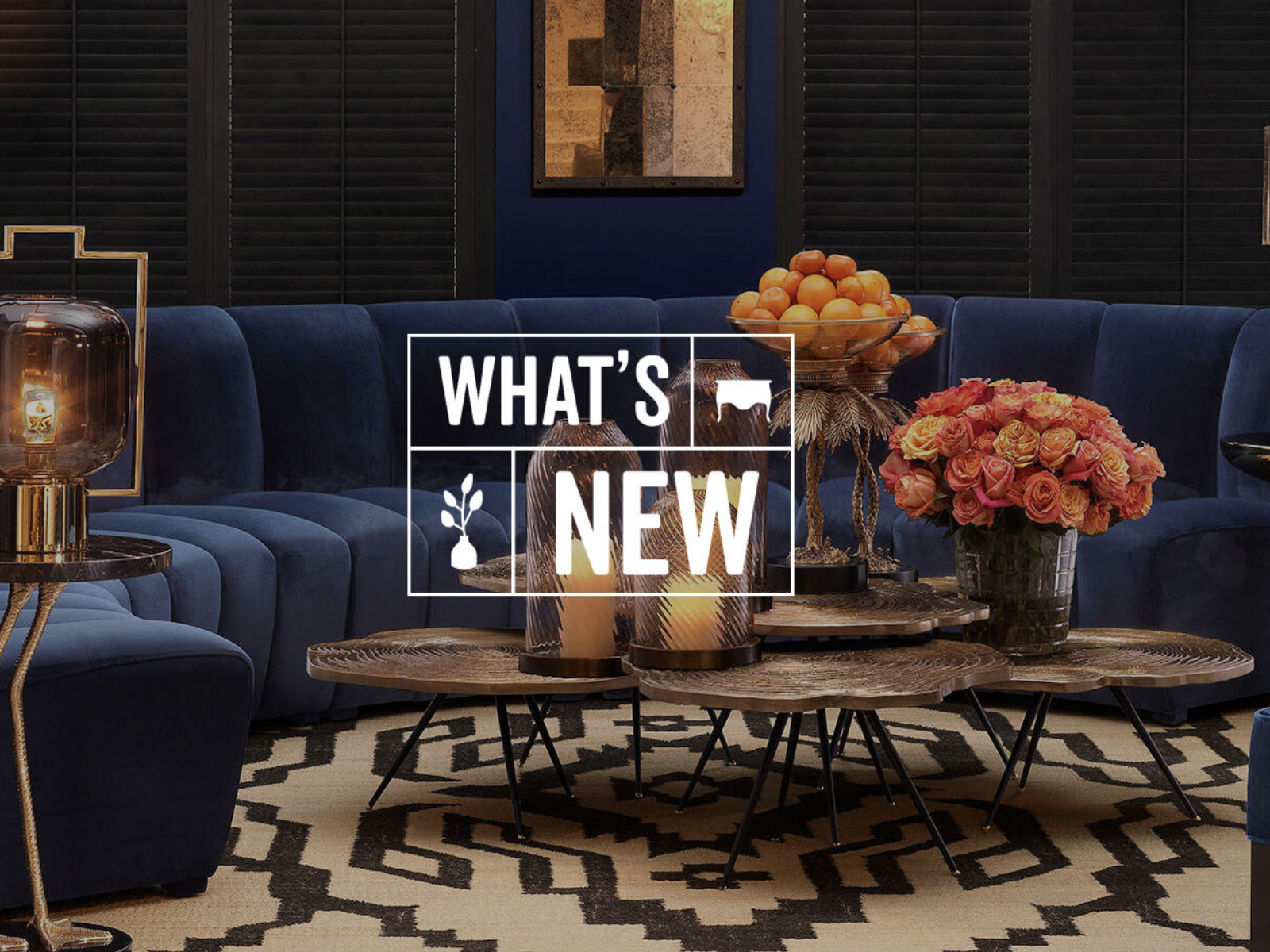 With just hours to go until the close of pre-registration and days away from the start of the spring High Point Market, April 2-6, High Point Market Authority (HPMA) leaders are optimistic for the strongest Market since before the COVID-19 pandemic.

Pre-registration data is tracking several percentage points higher than at this point before last fall’s Market, according to Tom Conley, HPMA’s president and CEO. “The registration patterns since COVID show people deciding on attendance much closer to the event date, and that’s still holding true this cycle. Given such, we expect to inch up a few more percentage points over this next week and end up with our largest attendance numbers since 2019.” 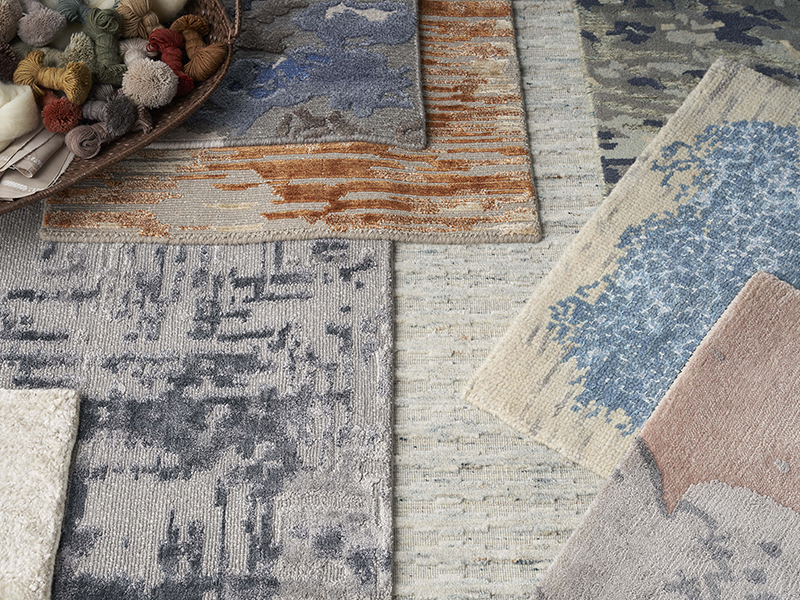 Leading floor covering and home accents manufacturer Nourison will be introducing Reserve Custom Studio at High Point Market. Reserve Custom Studio is a custom rug program where customers can choose from over 300 designs and select their yarn colors and rug size. The rugs in the program are hand-knotted and shipped within 3-5 months based on size. 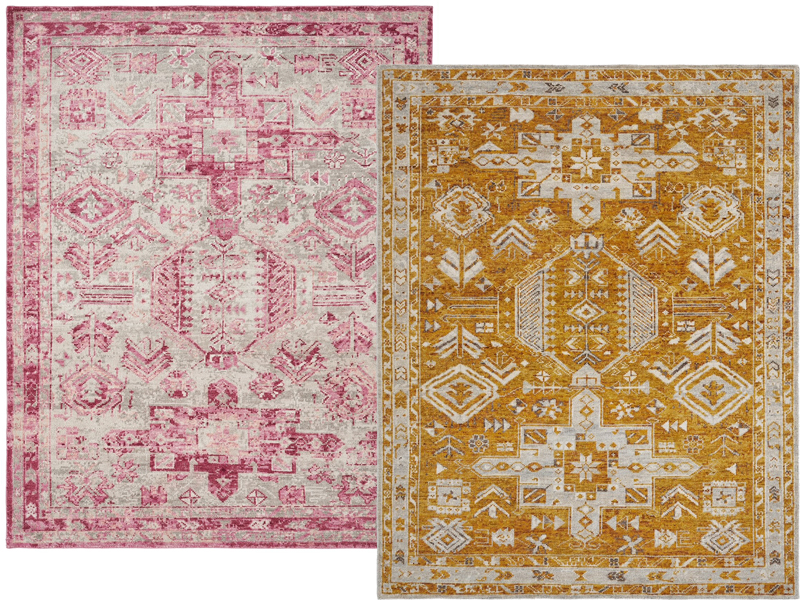 For Spring High Point Market, Kalaty Rug Corporation continues to place its primary focus on the company’s latest high-end hand-knotted rugs which includes a wide range of traditional, transitional and contemporary designs in the latest high-fashion designer color palettes. Among the newest hand-knotted heirloom-quality collections on display at the Kalaty High Point showroom (IHFC, G-369) are Solano, Khotan, Talora and Ambrose alongside additions to existing best-selling collections including Infinity, Juno and Capri. Customers also will see the latest additions to the company’s K-TWO series of 25+ popular-priced open-distribution collections in all styles, textures, weaves, and constructions. 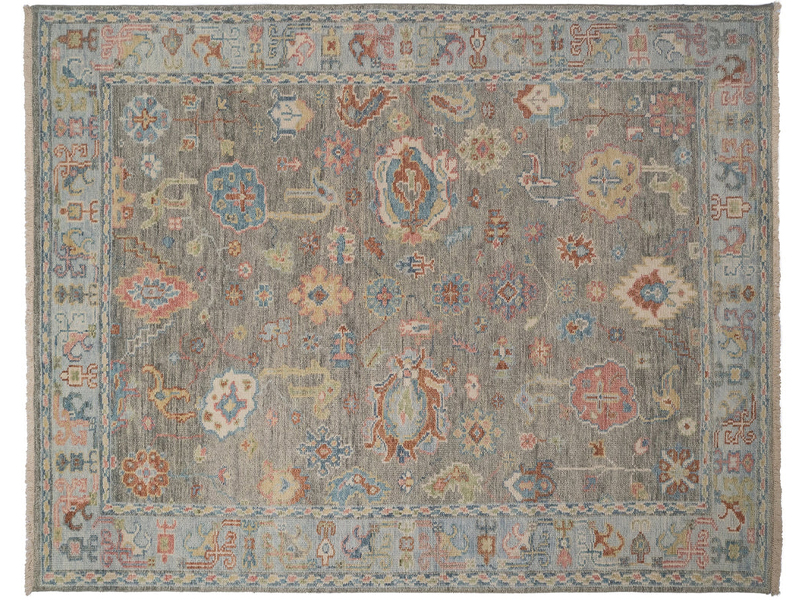 Capel Rugs is rolling out a large assortment of new rugs in the Capel Rugs showroom from April 2 to 6 at the April High Point Market in Market Square, Space 112. The new rugs represent a wide range of constructions, styles, and price points, and offerings include fresh braids, updated Oushak and Gabbeh patterns, and much more. The biggest introduction that Capel has made in recent years, these new rugs are designed to give retailers the stylish, high-value products they need to refresh their floors and drive traffic and business back to stores. 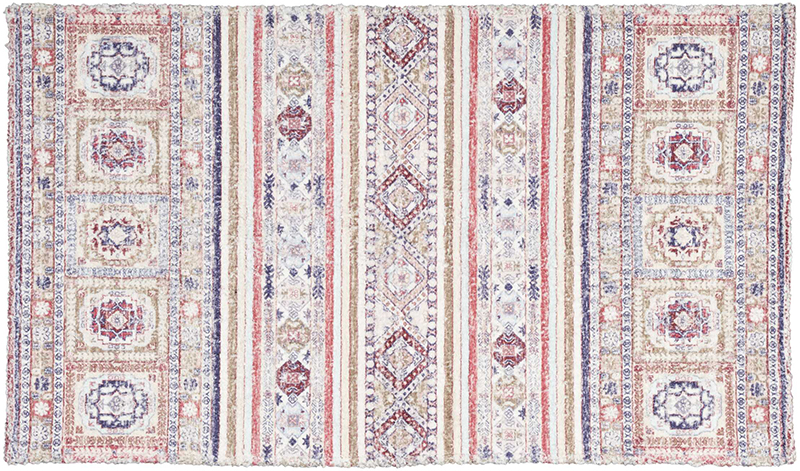