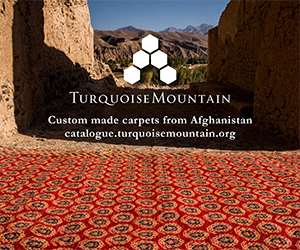 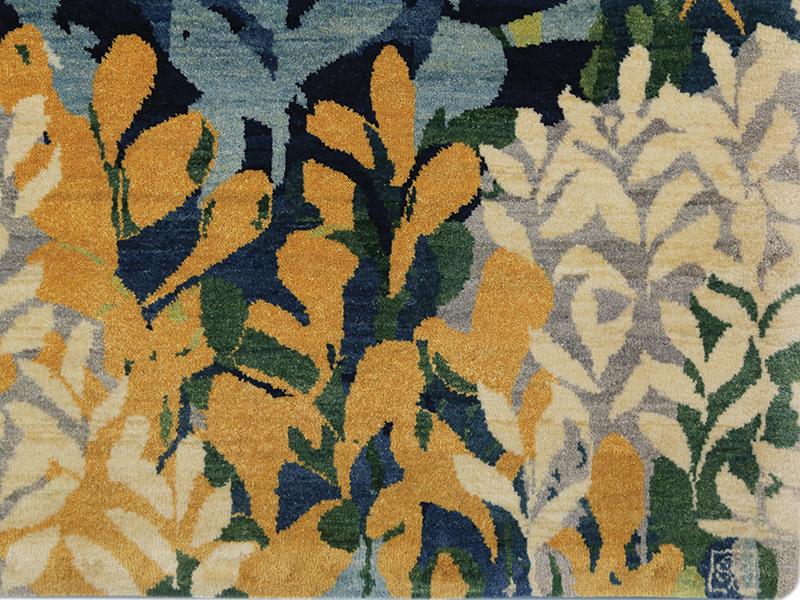 In the early Fall of 2020 Rug Insider Magazine produced an experimental online virtual showing of rugs and carpets titled “Under the Rug.” As an extension of the walking tours I had previously given during prior installments of The Rug Show, it was as much “fill the void caused by cancelled shows” as it was learning experience—a veritable laboratory of presentation concepts and commentary. For those who missed it as it was aired, an archive of the entirety of the show can be found on Rug Insider’s Instagram account, @ruginsider.

Since those days in late-September and early-October I have thought extensively about what I learned and how that newfound knowledge might inform my future writings. Furthermore, I’ve debated what I might share with my fellow Insiders if you will, so that the now-merged worlds of virtual and physical sales might not seem so intimidating. This is that distillation for your consideration.

First and foremost, stated without any hesitation on my part, is the importance of understanding the virtual world as it relates to the presentation of rugs and carpets. That is, to resurrect a cautionary phrase from the dawn of the internet age, to know that on the internet no one knows you’re a dog. What do I mean by this? In short, any rug company can appear to be as competent as the next, often despite factual reality, just as pretty much any rug or carpet can appear to be of similar quality or construction due to the limits of photography, video, and the visages presented. In short, everything and everyone can, and at times do, appear equal.

This is particularly acerbated by the ever-converging aesthetics of machine-made, hand-knotted, tufted, printed, et alia types of construction. If shown solely through flat, planview photography all manner of these carpets can appear to be comparable, whereas in truth they are not, save one exception of utmost importance.

How the rug looks to the consumer considering it for their home. For those purists, myself included, reading this and thinking, “Surely he does not mean hand-knotted being mistaken for machine-made?” I do, because it is happening. If a consumer is to search for “rug” or “carpet” via the search engine of their choosing, the results are not to be of any uniformity of construction. In fact, they could be anything. To the novice rug buyer, or to be frank any buyer given the shifts caused by the pandemic, if two or more carpets look the same and are likewise poorly described, how is one to truly differentiate the product?

It’s a conundrum I observed early on during “Under the Rug” and I believe the wise rug seller should heed this caveat: know that regardless of our own perceptions, to the novice or casual online viewer of rugs, without clear descriptions and intentional effort to differentiate one class of rug from the next, the even most recherché and beloved antique hand-knotted carpet is likely to be conflated with the latest innovations in floorcoverings such as printed rugs designed specifically to mimic the latter. (See LOLOI | Leading the Way) 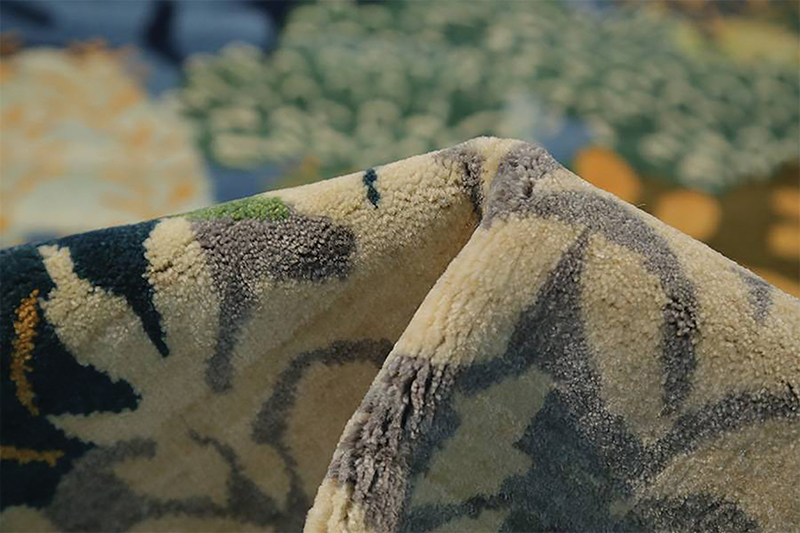 I say this not to induce fear nor speak of “gloom and doom” but rather, to identify a problem and then offer solution.

I quickly realized that a better way to convey the sum of a carpet was not the classical flat shot, auction catalog approach, but rather—as any true ruggie already knows—a series of photographs showing various angles, details, and the like. Add in the ease of video production in this era and the amount of information able to be conveyed jumps by leaps and bounds. This was part of the success of the Tamarian Special feature segment of “Under the Rug.” The firm’s efforts to convey the soul of their carpets shone more brightly than those of other companies who simply presented low-quality flat images.

“In fact, they could be anything. To the novice rug buyer, or to be frank any buyer given the shifts caused by the pandemic, if two or more carpets look the same and are likewise poorly described, how is one to truly differentiate the product? “

Presenting information to consumers of any level via platforms and services which offer a high-degree of democratization of information means that yes, the selection of rugs and carpets can become intimidating, overwhelming, and homogenous. To reiterate: any one purveyor of rugs is increasingly difficult to gauge from the next because all voices appear to be equal in authority and expertise in the virtual world. The solution is to find ways to differentiate not only one’s company but, more importantly, one’s product as well.

It starts by providing more visuals for the consumer, be they still photography or moving-pictures or video. It can be furthered, in my opinion, by accurately describing the construction techniques and materials in terms readily accessible to the average consumer. This may involve providing definitions and explanations of the techniques, just as it likewise must exclude the use of vague “wiggle-word” terms such as handmade; handmade can and does include anything from tufted, to hand-knotted to a kilim flatweave, and so forth. 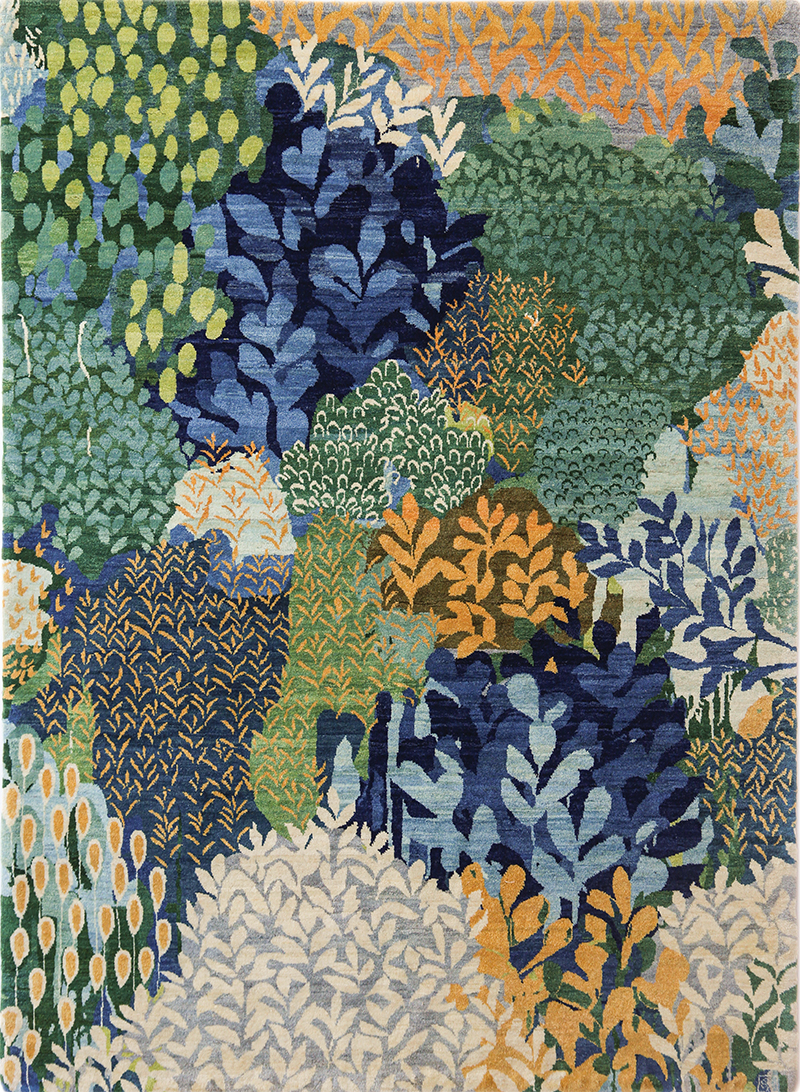 ‘Koohpana’ by Farahan Carpet was inspired by the ‘plants and flowers’—that is the flora —of the fields surrounding Arak. Iran. By showing the carpet overall, and in various details (as used in this article) a truer sense of the feel and texture, the hand and handle of the carpet can be conveyed to the virtual viewer.

The more vague and secretive the approach, inadvertently, intentionally, or otherwise, the easier it is for one hazily defined rug to be confused or mistaken for the next hazily defined carpet. Specificity within the bounds of reason is not the enemy of the rug trade, despite what the stereotypical rug salesman of yore may have practiced. To succeed in the information age, one must provide information—written, visual, or otherwise.

As a modern-day luddite of sorts who fears not technology but rather the implementation of technology, I marvel at the intersection of this highly-digital era with the slow-making nature of the hand-knotted rug trade. Success for those seeking to promote, trade, and sell the increasingly rare hand-knotted rug or carpet I suspect will come not from insisting that genre is the only so-called real rug, but rather from an understanding of modern consumers, their consumption habits and the differentiation—however achieved—of one product from the next.