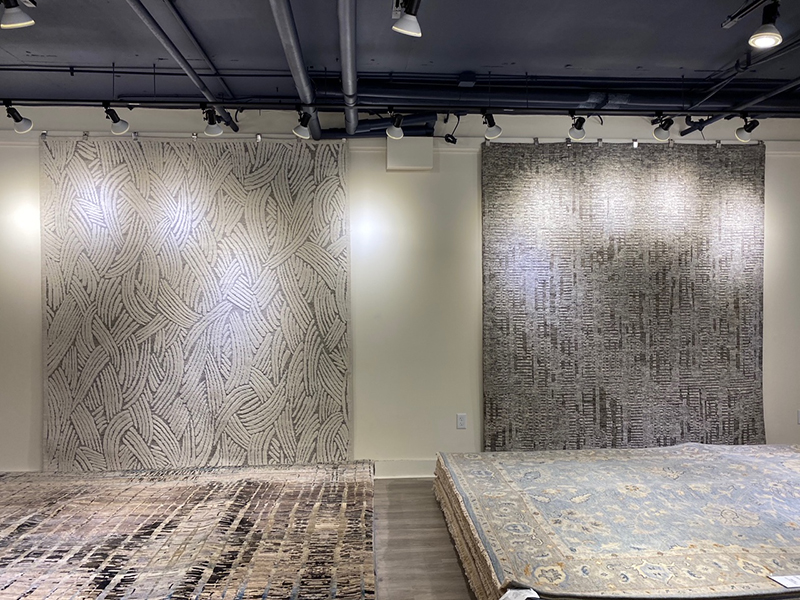 Talk to nearly anyone who attended the recently concluded High Point Market and they’ll tell you that traffic was noticeably higher than the last October market, order writing was steady and everyone was eager to get back to business. Such was the case for several rug exhibitors Rug Insider caught up with who took advantage of the show to display new and trending designs for designers and retailers alike.

Samad President David Samad said that because the perception of his company is high-end and people think it’s expensive, the company introduced new price points they hadn’t provided before in an effort to reach a broader audience. Samad also debuted its Bohemian collection—which has a Moroccan feel and is made of New Zealand yarn, thirty new designs in the Mystique collection, and 15 designs in its Nordic collection. With an organic feel, the Nordic rugs are fully programmed and available in sizes 2 x 3 up to 12 x 15. 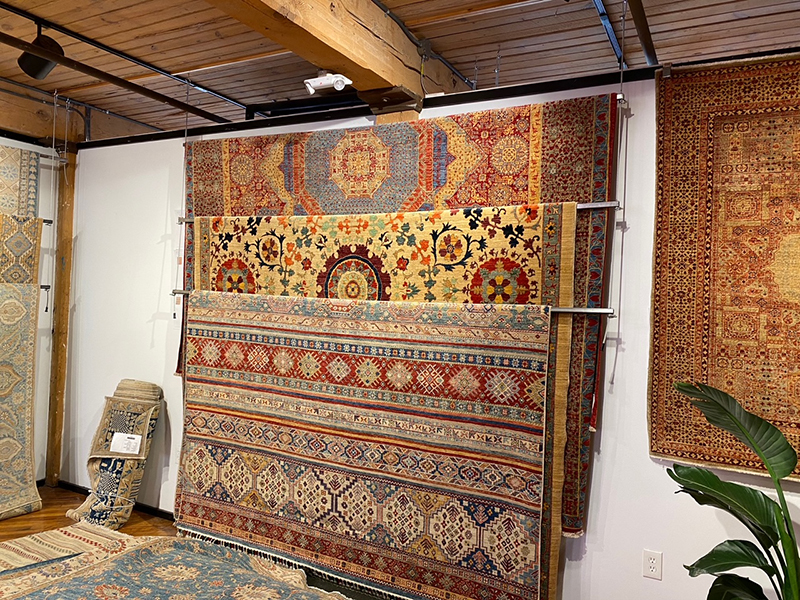 Unique Loom (pictured above) boasted its vintage hand knots, and the company’s Sales and Merchandising Director Angela Johnson explained that because the company doesn’t have programs and the rugs are sourced from families of makers, each rug is one-of-a-kind. Johnson said the company is seeing oversized rugs trending, as well as vintage and machine-woven. 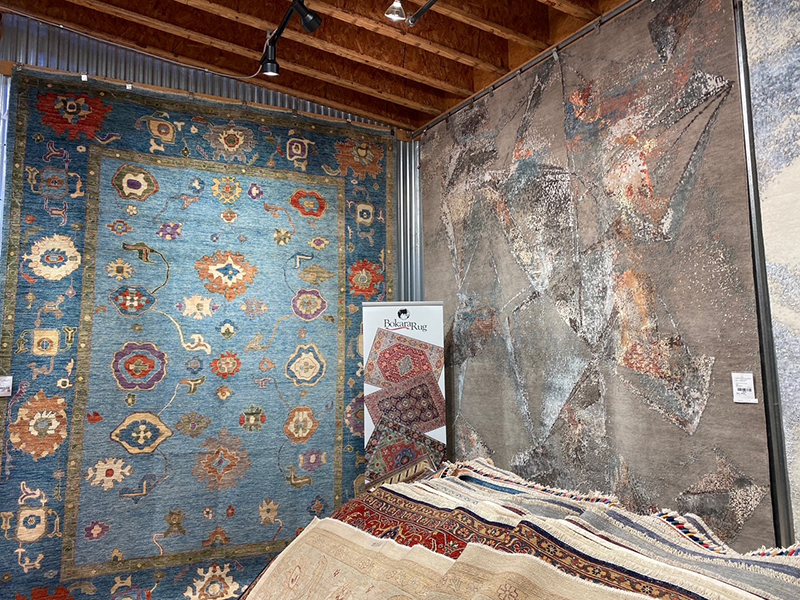 Brighter pops of color were on display at Bokara

At Bokara, the company continued to show new designs—President Jonathan Soleimani said the company typically releases four to 12 new designs each market. The company is moving away from viscose and toward wool and pale tones. Designs introduced at Bokara this market also touched on the trend of brighter colors or pops of colors in rugs, as it displayed rugs with vibrant blues, yellows and reds in both traditional and abstract styles.

HRI also brought multiple news designs to market this spring, including its Glaze, Charlotte, Arizona, and Verber collections. Glaze comes in four colors and is hand-knotted in India of wool and viscose. It’s stocked in sizes up to 10 x 14. Charlotte, which was introduced last year, has been expanded to include new colors and designs.

Arizona, made of hand-spun wool and all-natural dyed yarns, was a winner for this market, according to the company. Available in 4 SKUs, the thick rug has intense textures that are both comfortable and on-trend.

Art Resources Director Max Moussavi said he’s been seeing simple, solid and light colors trending, and that there are fewer designs and more colors. He also said they’ve had a lot of success with Southwestern designs, especially on the west coast. 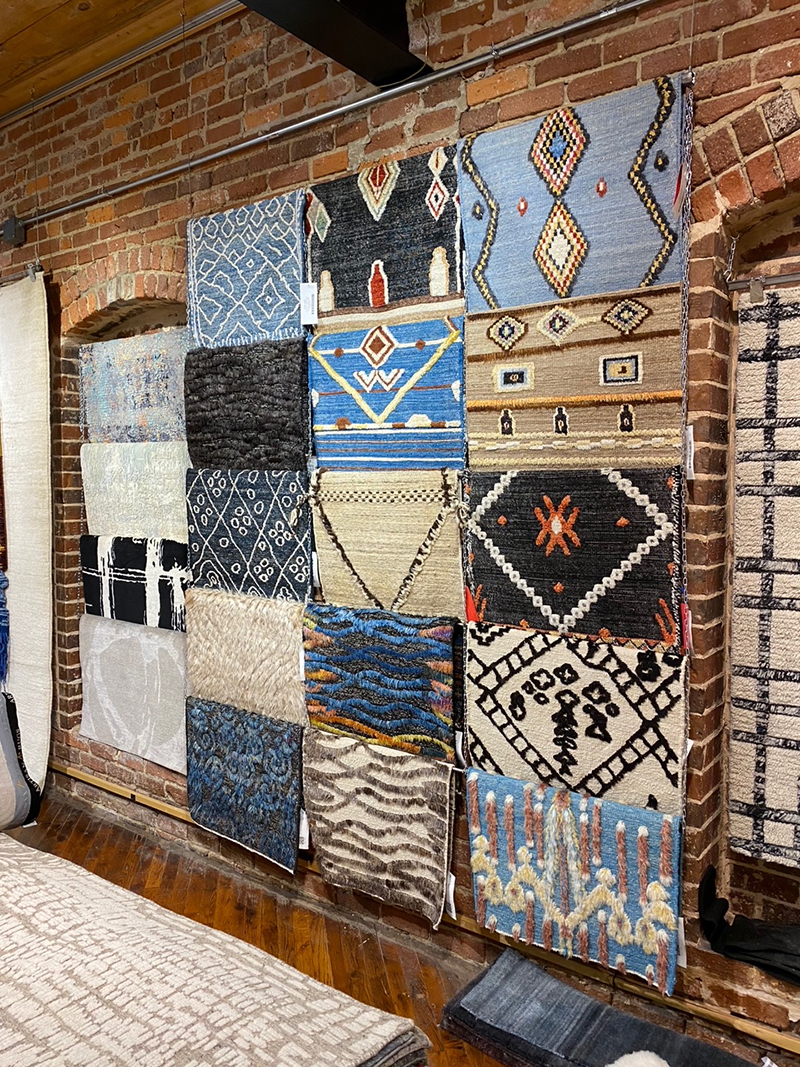 “We’ve been focusing on a few things across different lines, including texture, Southwestern styles, and simple rugs with decorative elegant designs,” he said.

Momeni was another company touching on the trends in a big way at this market, showing several new and updated collections that ranged from animal prints to chic black and white.

“Black and white and green are hot colors right now, and we’ve been asked for more high-end looks,” says Emily Addison, head of branding. “We’re also introducing the Alpine—the first two-million-point rug which is the highest-end machine made there is. We’re testing that out for the first time this market.” 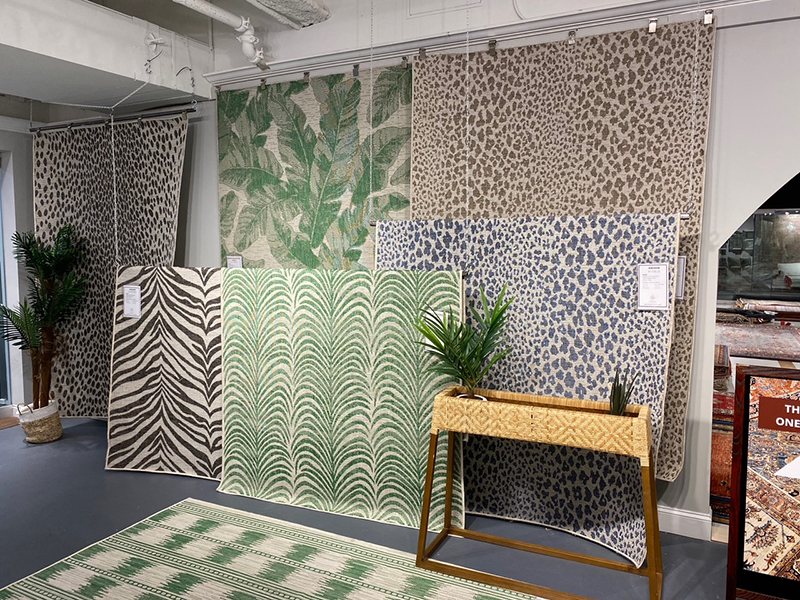 Other collections the company highlighted include the 100% polyester Lucy shag, which has an abstract and funky design, and the Willow, which sports a Morrocan style in brown and cream with fringes and diamonds.

In the designer partnership realm, Nourison debuted its new Grand collection with Nicole Curtis this market, displaying three lines with different styles and constructions. Series One has a vintage look and is washable, Series Two has a hi-low construction, and Series Three is a handloom with a casual style. The company also had success with a new addition to its signature Prismatic collection, as well as the introduction of an affordable vintage-style rug called Lynx that the company said has been getting a good reaction. 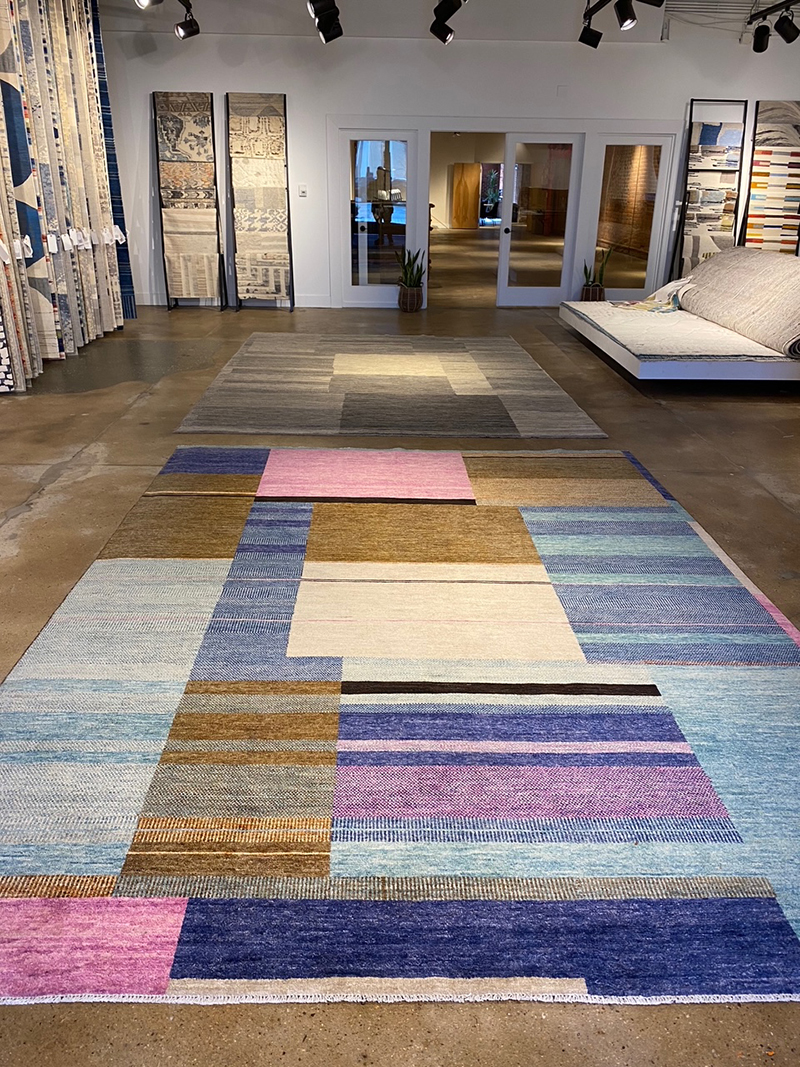 Tamarian, which had ample space in its new Center of High Point Showroom (featured above) to highlight new pieces, said that it's making its first foray into modern styles, and it had a few examples on display at spring market. The company also had success with its Study collection, as well as three new high-low silk weaves that are new for Tamarian.

There was no shortage of fresh rug designs, and if this market was any indication of what the future holds, it’s going to be bright.