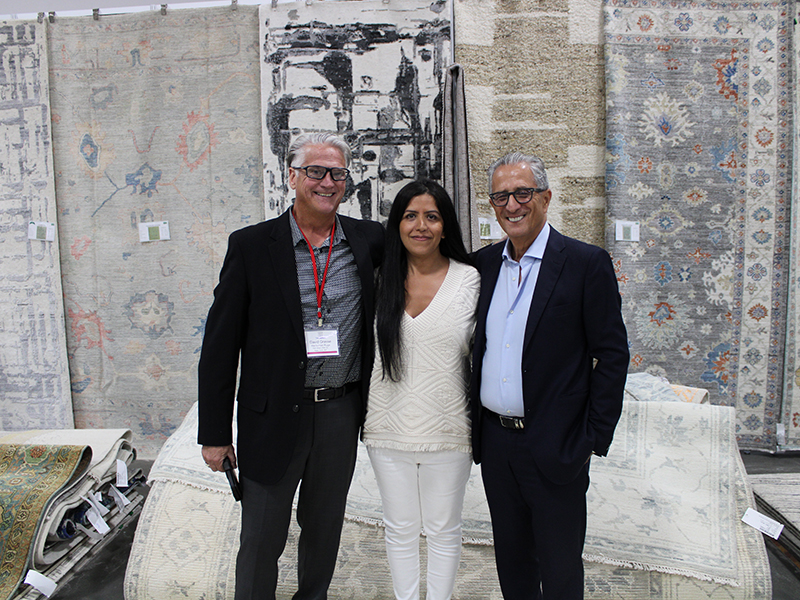 Fall markets were back in a big way for the area rug industry in mid-September 2022, as two shows made big waves in New York and New Jersey. Cover Connect returned for its second iteration at the Metropolitan Pavilion in New York City from September 11 – 13. The Rug Show took place at the Meadowlands Expo Center in Secaucus, New Jersey from September 14 – 16. Both shows were heavily attended and were a great way to kick off the fall selling season, following a downturn in the last couple of years due to the coronavirus pandemic.

Here is a roundup of what a few of the exhibitors had to say about the state of the industry, what their companies are up to, and how the market looks this fall.

EXHIBITORS IN BOTH SHOWS

Both shows will run concurrently next year: September 9 – 11, 2023. COVER CONNECT NEW YORK will return to the Metropolitan Pavilion, while THE RUG SHOW will take place at the Meadowlands Expo Center in Secaucus, NJ.